With an overwhelming majority of the works published in this field dedicated to the marine environment, research in continental environments only began much more recently. Paradoxically, it is estimated that 80% of marine wastes originate from continental masses.

However, sediment compartmentalization remains relatively ignored and insufficiently considered. Of the 21 inventoried studies on sediments, 13 have been devoted to lake sediments and only 8 to river sediments. Moreover, in these studies, major methodological differences related to both sediment sampling (type and thickness, means of collection, etc.) and MP separation and analysis have been observed. A more in-depth comparison of contamination levels between these studies is also impossible given the lack of knowledge on the type of sediment under consideration, its quality and textural properties, as well as an accurate location of its collection (in the channel, close to banks, in hydraulic branches, dams, etc.). For the vast majority of published studies, sediments are sampled without any further investigation of the hydro-sedimentary processes affecting MP levels, nature and/or distribution and recordings over various spatial scales (from sampling station to watershed) and temporal scales (from flood event to multiannual sedimentary dynamics).

The Sedi-PLAST project proposes combining a sedimentological approach with an MP content analysis within both surface sediments and the sedimentary column in rivers. This project focuses on lotic system. It is intended to assess the relationships between sedimentary deposits and MP contamination settings to develop, in close collaboration with stakeholders of aquatic ecosystems and river basin managers, a tool for monitoring MP. By studying sediment cores representative of plastic records, this project also seeks to evaluate the temporal trajectories of plastic pollution at the scale of basins under anthropogenic pressure to understand previous and current amounts as well as the varieties of plastic during the Anthropocene.

The approach conducted in this project will consider a more global and interdisciplinary approach to sediment contamination by MP. Five major impacts are expected with respect to the following topics: i) Advances in MP pollution in sediments using both spectroscopic (FTIR - Fourier transform infrared) and Pyr-GC-MS methods; ii) Advances in understanding the sedimentary processes leading to contamination of sediments and the sedimentary column by MP; iii) Relationships between MP abundance and distribution in relation to sediment properties; iv) Temporal perspectives by providing a reliable dataset on previous and current amounts and varieties of plastics in the environment; and v) Recommendations and guidelines for the most representative sediment type for monitoring MP pollution in sediments.

The GeHCO team is particularly involved in WP2 -Sediment contamination by MP and representiveness of sediment deposition. The aim of this WP is to provide a better understanding of the MP archiving mechanisms in sediments.

The surface sediment collection was carried out in the Seine river basin in July 2020. Investigations in the Rhône basin were done in September 2020. 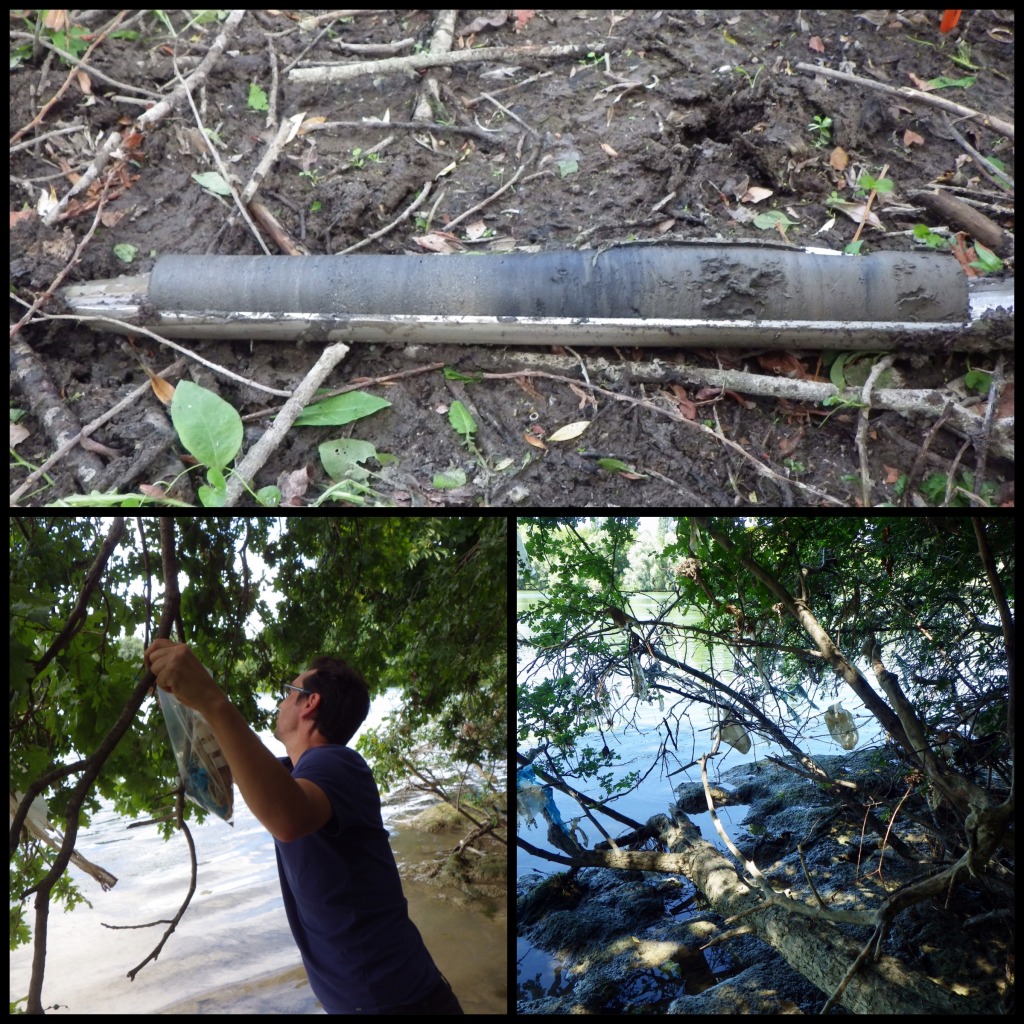